Seeing yourself as Einstein may change the way you think 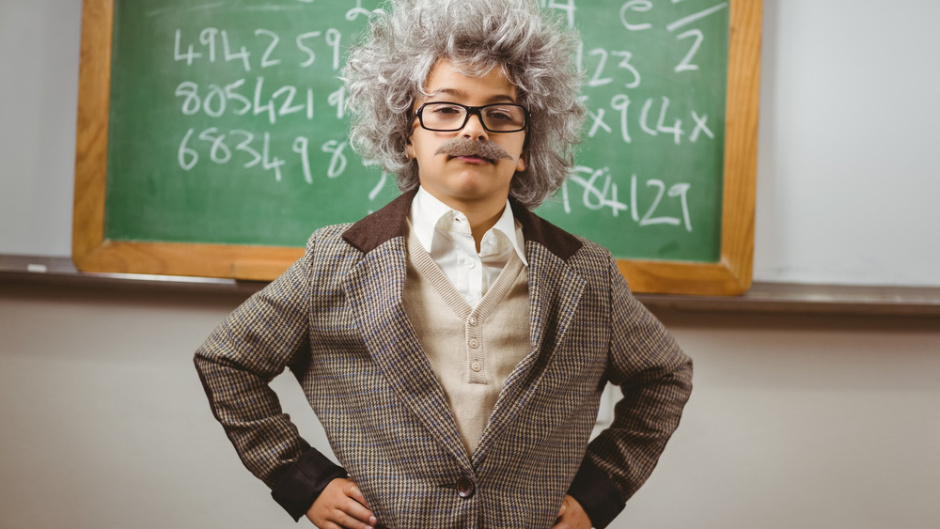 The perception of having Albert Einstein’s body may help unlock previously inaccessible mental resources, finds a new study. Following a virtual reality “Einstein” experience, participants were less likely to unconsciously stereotype older people while those with low self-esteem scored better on cognitive tests. Published in Frontiers in Psychology, the study suggests the way our brain perceives our body is surprisingly flexible. The researchers hope the technique will be useful for education.

“Virtual reality can create the illusion of a virtual body to substitute your own, which is called virtual embodiment,” says Professor Mel Slater of the University of Barcelona. “In an immersive virtual environment, participants can see this new body reflected in a mirror and it exactly matches their movements, helping to create a powerful illusion that the virtual body is their own.”

“We wondered whether virtual embodiment could affect cognition,” says Slater. “If we gave someone a recognizable body that represents supreme intelligence, such as that of Albert Einstein, would they perform better on a cognitive task than people given a normal body?”

To find out, the researchers recruited 30 young men to participate in a virtual embodiment experiment. Prior to the embodiment, the participants completed three tests: a cognitive task to reveal their planning and problem-solving skills; a task to quantify their self-esteem; and one to identify any implicit bias towards older people. This final task was to investigate whether the experience of having an older appearance simulation could change attitudes to older people.

The study participants then donned a body-tracking suit and a virtual reality headset. Half experienced a virtual Einstein body and the other half a normal adult body. After completing some exercises in the virtual environment with their new body, they repeated the implicit bias and cognitive tests.

The researchers found that people with low self-esteem performed the cognitive task better following the virtual Einstein experience, compared with those who experienced a normal body of someone their own age. Those exposed to the Einstein body also had a reduced implicit bias against older people.

Bias is based on considering someone to be different from yourself. Being in an older body may have subtly changed the participants’ attitudes by blurring the distinction between elderly people and themselves.

Similarly, being in the body of someone extremely intelligent may have caused the participants to think about themselves differently, allowing them to unlock mental resources that they don’t normally access.

To further investigate the phenomenon, a larger study with more participants — and including men and women — is needed. However, the results so far suggest that the technique could be useful in education.

“It is possible that this technique might help people with low self-esteem to perform better in cognitive tasks and it could be useful in education,” says Slater.