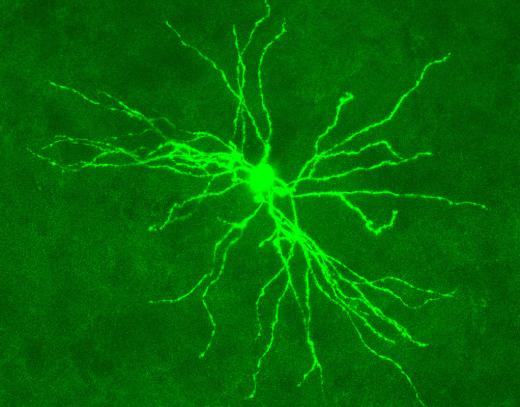 Adults select appropriate behavior with the help of the brain’s “spiny” neurons, and now a study from Columbia neuroscientists shows how these neurons mature during childhood.

Why the study is important

In disorders like ADHD that arise during childhood, neuroscientists think these spiny neurons have not matured properly and cannot filter out extraneous information.

Whether it’s deciding how to respond to an email or cross the street, the brain uses spiny projection neurons in the striatum to make a decision about how to respond.

Spiny projection neurons get their name from the multiple “spines” that sprout from the neuron’s many branches. The spines form synapses with other neurons to gather input from numerous parts of the brain.

When the balance of those inputs tell the neuron to fire, “the neuron is telling you to do something, like respond to a question, take a step forward, or take a bite out of an apple,” says David Sulzer, PhD, a neuroscientist at Columbia University Vagelos College of Physicians and Surgeons and the study’s senior investigator.

In babies, spiny neurons fire very easily and provoke appropriate–and inappropriate–actions. But with age and experience, the brain learns to distinguish between inputs that are important and those that are not important, and the spiny neurons mature and become harder to excite.

The new study–conducted in mice­–shows that for the spiny neurons to mature, they must be exposed to dopamine during a certain window of time in development, equivalent to early childhood in people, around the time that attention deficit disorders begin to appear.

If the dopamine exposure occurs after this time period, the researchers found that the spiny neurons never mature.

If the spiny neurons never mature, inappropriate or immature decisions may result, along with an inability to focus.

“It’s possible that a lack of dopamine during adolescence and early adulthood could set up ADHD or other neurodevelopmental disorders,” says Ori Lieberman, an MD/PhD student at VP&S who conducted the research. “In that case, our findings may help point us in new therapeutic directions.”

Attention deficit disorders are treated with drugs such as Adderall and Ritalin, which increase dopamine neurotransmission. The new study suggests that these drugs may be working to improve attention by affecting brain development during early childhood.

Why neuroscientists are intrigued

As a chemical messenger, dopamine is known to act in a matter of seconds to minutes. The new study is one of the first to show that dopamine can act over a period of days.

“That’s the exciting part for basic scientists,” Lieberman says. “It reveals a previously unknown role of dopamine in the brain.”