The Advances that Will Shape Life Sciences in the 2020s 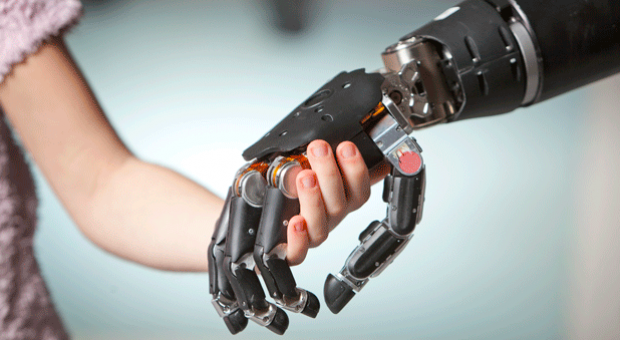 The 2010s brought major advancements in every aspect of the life sciences and ushered in an era of collaboration and multidisciplinary approaches. The Scientist spoke with Steven Wiley, a systems biologist at Pacific Northwest National Laboratory and member of TS’s editorial board, about what he thinks the recent past indicates about the upcoming decade of research.

TS: What advancements are you most looking forward to in the next decade?

Wiley: The next year will be a continuation of the scientific breakthroughs that were present the last couple of years, and what’s happened the last couple of years will fundamentally transform the next decade. There are two areas that I think are really posed for an explosive growth, and one is single-cell biology. . . . The second one people know is transformative . . . is CRISPR technologies.

TS: Why do you think we will see explosive growth in single-cell biology?

Wiley: Single-cell sequencing, single-cell proteomics, single-cell imaging—these are all part of this new area of single-cell biology which is really going to impact a whole slew of different fields. We’ll see a lot of breakthroughs driven by that in the next year, but we’ll see the full impact of this playing out over the next decade.

[Single-cell biology] started [out] driven by single-cell sequencing, and very near on the horizon is going to single-cell proteomics. And then, of course, that complements a lot of the imaging work that’s been done, developing a new generation of probes to be able to query what’s happening at the single-cell level.

[Researchers developing] both sequencing technologies and proteomics technology in the last decade have been working on increased sensitivity and speed and precision. This increase in speed and precision and increasingly small sample size has gotten down to a point where now we can look at things like cancer heterogeneity. That is . . . when you treat a cancer you can kill 95 percent of the tumor but there’s 5 percent left and that is what’s going to come back, and you have a recurrence of the cancer or metastasis. So it’s the small parts that really cause the problem, and until you can actually understand why those resistant cells are different, you’re never going to do things like develop a completely effective cancer treatment.

Now the technology is there—both sequencing technology and mass spectrometry technologies. It opens up new worlds of what we can look at, and I think that’s why this is really being very transformative. We’re now at the level where we can look at individual cells. That’s amazing.

TS: And what about CRISPR?

Wiley: CRISPR technologies—everyone touts them as a way of editing the genome, which is true. But the true power of that, I believe . . . is the fact that it provides a way of tagging endogenous genes. So for example, you see a number of different papers come out in which people have used CRISPR technologies to insert fluorescent markers into genes. You can look at the dynamics and localization and expression of individual genes and individual cells.

The second thing that CRISPR is really good at is perturbations, being able to turn up genes and down genes, altering the expression of individual genes up and down in a cell with incredible specificity. For example, [with] a genetic disease or in cancer, most of the really significant impactful genetic changes are at the level of increased expression or decreased expression. So the way we think about changing gene expression is: [in] one cell type, the gene is off, [and in] another cell type, the gene is on. But that’s not actually true. There are subtle changes in abundance and localization and disposition of individual genes that have enormous regulatory impact on the cells. But we’ve lacked good tools to [investigate] that.

The ability to manipulate the expression level of genes, to tag them, to make modifications in the individual genes and cells opens up a toolbox of experimental technologies that are just revolutionary.

Story via The Scientist