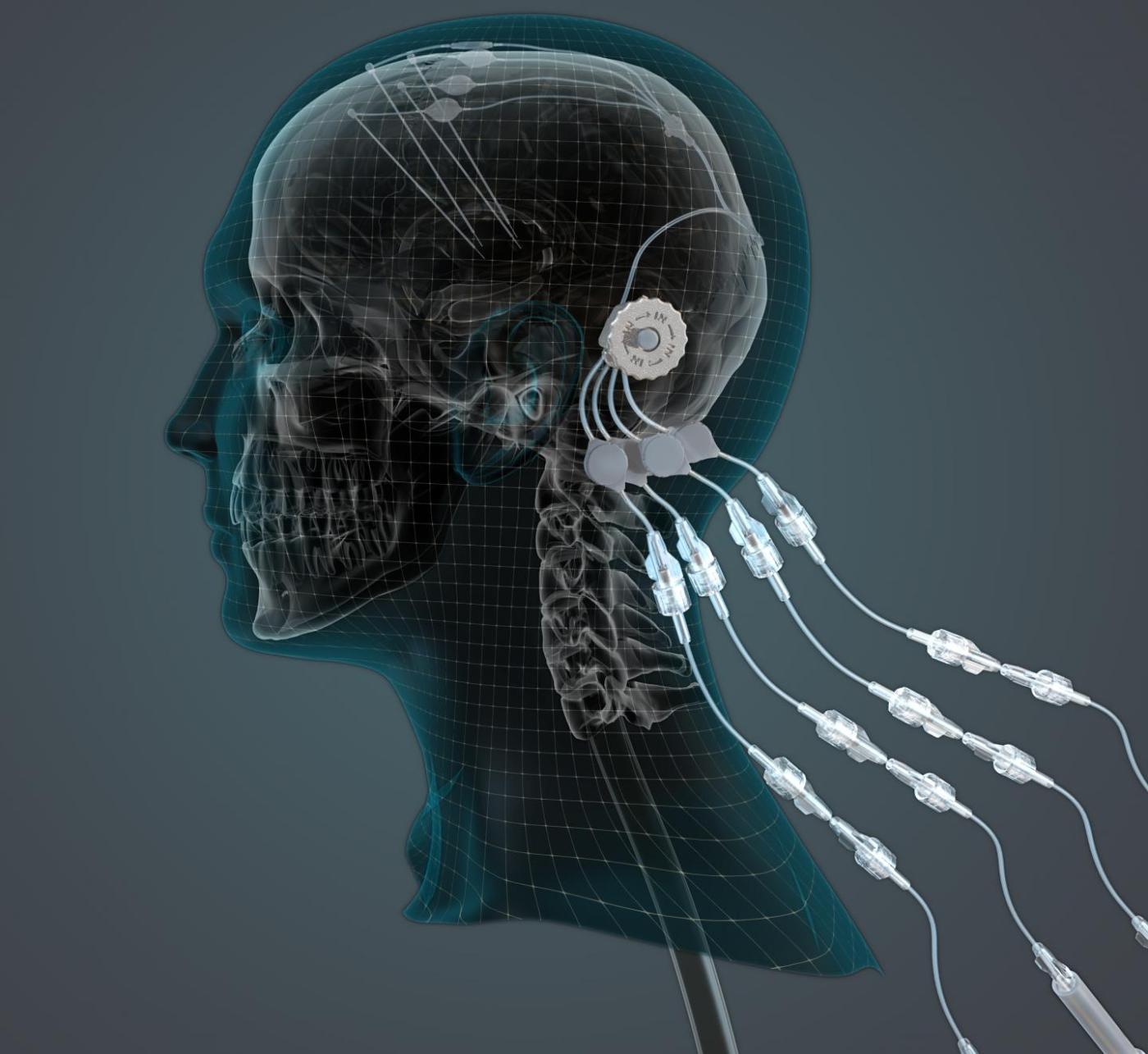 Results from a pioneering clinical trials programme that delivered an experimental treatment directly to the brain offer hope that it may be possible to restore the cells damaged in Parkinson’s.

The multimillion-pound study, funded by Parkinson’s UK with support from The Cure Parkinson’s Trust and in association with the North Bristol NHS Trust, aimed to investigate whether boosting the levels of a naturally-occurring protein, Glial Cell Line Derived Neurotrophic Factor (GDNF), can regenerate dying brain cells in people with Parkinson’s and reverse their condition, which is something that no existing treatment can do

To get GDNF to the brain cells that need it, a specially designed delivery system was developed. In total, 41 participants underwent robot-assisted surgery to have four tubes carefully placed into their brains, which allowed GDNF to be infused directly to the affected brain areas with pinpoint accuracy, via a port in the side of their head.

Six took part in the initial pilot study to assess the safety of the treatment approach. A further 35 people then participated in the nine-month double blind trial, where half were randomly assigned to receive monthly infusions of GDNF and the other half placebo infusions. After the initial nine months on GDNF or placebo, all participants had the opportunity to receive GDNF for a further nine months.

While there were some encouraging signs of improvements in those receiving GDNF, disappointingly there was no significant difference between the active treatment group and those who received placebo on any assessments of Parkinson’s symptoms.

All participants had brain scans before starting the trial and after nine months to assess how well their dopamine-producing brain cells were working.

After nine months, there was no change in the scans of those who received placebo, whereas the group who received GDNF showed an improvement of 100% in a key area of the brain affected in the condition – offering hope that the treatment was starting to reawaken and restore damaged brain cells.

By 18 months, when all participants had received GDNF, both groups showed moderate to large improvements in symptoms compared to their scores before they started the study. This offers further encouragement that the treatment may have long-term beneficial effects but because everyone knew they were receiving the active treatment and there was no comparison group, these improvements need to be treated with caution.

The findings from these ground-breaking trials are published today in Brain and the Journal of Parkinson’s Disease.

The trial also features in an upcoming two-part documentary series for BBC Two – The Parkinson’s Drug Trial: A Miracle Cure?

Dr Alan Whone, Principal Investigator on the GDNF trial, said: “The spatial and relative magnitude of the improvement in the brain scans is beyond anything seen previously in trials of surgically delivered growth-factor treatments for Parkinson’s. This represents some of the most compelling evidence yet that we may have a means to possibly reawaken and restore the dopamine brain cells that are gradually destroyed in Parkinson’s.

“Its failure to produce the same effect on symptoms could be for a number of reasons. It may be that the effects on symptoms lag behind the improvement in the brain scans, so a longer double-blind trial may have produced a clearer effect.

“It’s also possible that a higher dose of GDNF would have been more effective, or that participants at an earlier stage of the condition would have responded better.

“This is why it’s essential to continue research exploring this treatment further – GDNF continues to hold potential to improve the lives of people with Parkinson’s.”

Dr Arthur Roach, Director of Research at Parkinson’s UK, said: “While the results are not clear-cut, the study has still been a resounding success. It has advanced our understanding of the potential effects of GDNF on damaged brain cells, shown that delivering a therapy in this way is feasible and that it is possible to deliver drugs with precision to the brain.

“All the partners involved – including the scientific team, companies, charities and patients – are continuing to work together to explore possible routes to further studies. It is vital that we learn everything we can from these recent trials and we’re keen to work with both the wider research community and people affected by Parkinson’s so that any future trials have the very best chance of success.”

Trial participant Tom Phipps, 63, from Bristol, was the first person to undergo the pioneering surgery. He said:

“Clinical trials around Parkinson’s are so important because it’s a condition that’s not going to go away unless people do proper research. Being a scientist myself – I’m a graduate of biological sciences – I wanted to contribute.

“During the trial I noticed an improvement in my mobility and energy levels, and I was even able to reduce my medication. Since it ended, I have slowly increased my medication but I still ride my bike, dig my allotment and chair the local branch of Parkinson’s UK.

“My outcome was as positive as I could have wished for, I feel the trial brought me some time and has delayed the progress of my condition.

“The best part was absolutely being part of a group of people who’ve got a similar goal – not only the team of consultants and nurses, but also the participants.

“You can’t have expectations – you can only have hope.”

Professor Steven Gill, lead neurosurgeon and designer of the device, commented: “This trial has shown that we can safely and repeatedly infuse drugs directly into patient’s brains over months or years through a small implanted port that emerges through the skin behind the ear. This is a significant breakthrough in our ability to treat neurological conditions, such as Parkinson’s because most drugs that might work cannot cross from the blood stream into the brain due to a natural protective barrier.

“Even at a low dose we have seen evidence of patient improvement, which is incredibly encouraging. Now we need to move towards a definitive clinical trial using higher doses and this work urgently needs funding. I believe that this approach could be the first neuro-restorative treatment for people living with Parkinson’s which is, of course, an extremely exciting prospect.”

Helen Matthews, Deputy CEO at The Cure Parkinson’s Trust, said: “It is fantastic to see these encouraging results. This was an extremely complex trial delivered with thanks to the dedication of the entire trial team of participants, researchers, industry and charities.

“The Cure Parkinson’s Trust has been involved in and has championed the GDNF story since 2003 through the commitment and determination of the charity’s late co-founder and president Tom Isaacs.

“These results, particularly the brain scans show that GDNF, delivered with Convection Enhanced Delivery, has promise as a potential treatment to slow, stop or even reverse Parkinson’s. However, it is critical we now concentrate on how to best support moving GDNF forward, to understand if it can be a viable treatment to potentially regenerate dopamine cells and impact the lives of people living with Parkinson’s.”

Dr Erich Mohr, Chairman and CEO of MedGenesis, the biotechnology company who owns GDNF, commented: “While the results are not as clear cut as would have been desirable, when you look more closely there are exciting signs of promise for Parkinson’s.

“In particular, when the scores on three of the key assessments are combined – motor response, activities of daily living and good quality “on time” – it reveals a highly significant difference between the treatment and placebo groups. We believe this experimental Parkinson’s Disease Composite Response (PDCORE) may better capture the full effects of GDNF and we’re working to get it scientifically validated so that it can be used in future trials.”

Paul Skinner, General Manager for Neurological Products at Renishaw, the engineering company which developed and built the device, said: “It has been a privilege to work alongside the study team and with the participants in this ambitious trial.

“We are very encouraged that there were changes in the brain scans, demonstrating that GDNF is having an effect, and that the delivery system achieved precision administration of drugs into the brain.

“This provides great potential for using the drug delivery system, being developed by Renishaw, for future Parkinson’s studies and experimental treatments for other neurodegenerative diseases and brain tumours.”