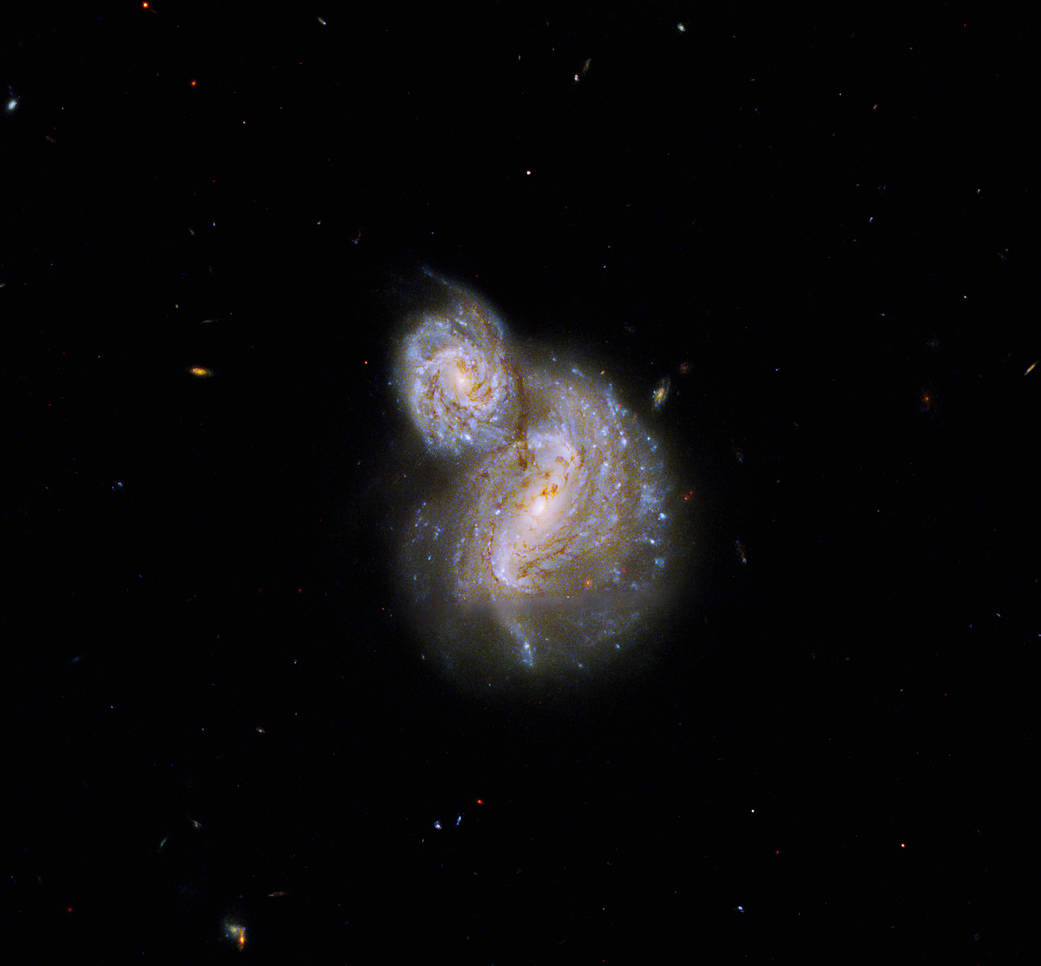 This new NASA Hubble Space Telescope image of IC 4271, also known as Arp 40, is a curious pair of spiral galaxies some 800 million light-years away. The smaller galaxy is superimposed on the larger one, which is a type of active galaxy called a Seyfert galaxy.

Seyfert galaxies are named for astronomer Carl K. Seyfert who, in 1943, published a paper about spiral galaxies with very bright emission lines. Today we know that about 10% of all galaxies may be Seyfert galaxies. They belong to the class of “active galaxies” – galaxies that have supermassive black holes at their centers accreting material, which releases vast amounts of radiation. The active cores of Seyfert galaxies are at their brightest when observed in light outside the visible spectrum. The larger galaxy in this pair is a Type II Seyfert galaxy, which means it is a very bright source of infrared and visible light.

The image uses data collected during Hubble observations designed to study the role of dust in shaping the energy distributions of low mass disk galaxies. The Hubble observations looked at six pairs of galaxies where one was in front of the other. The broad range of light that Hubble’s Wide Field Camera 3 is sensitive to, along with its resolution, allowed the researchers to map the foreground galaxy’s dust disk in fine detail across ultra-violet, visible, and infrared light. Because IC 4271 is a Type II Seyfert Galaxy, visible and infrared wavelengths of light dominate the image. The colors in this image are primarily visible light, while the color violet represents ultraviolet light and red represents near infrared light.