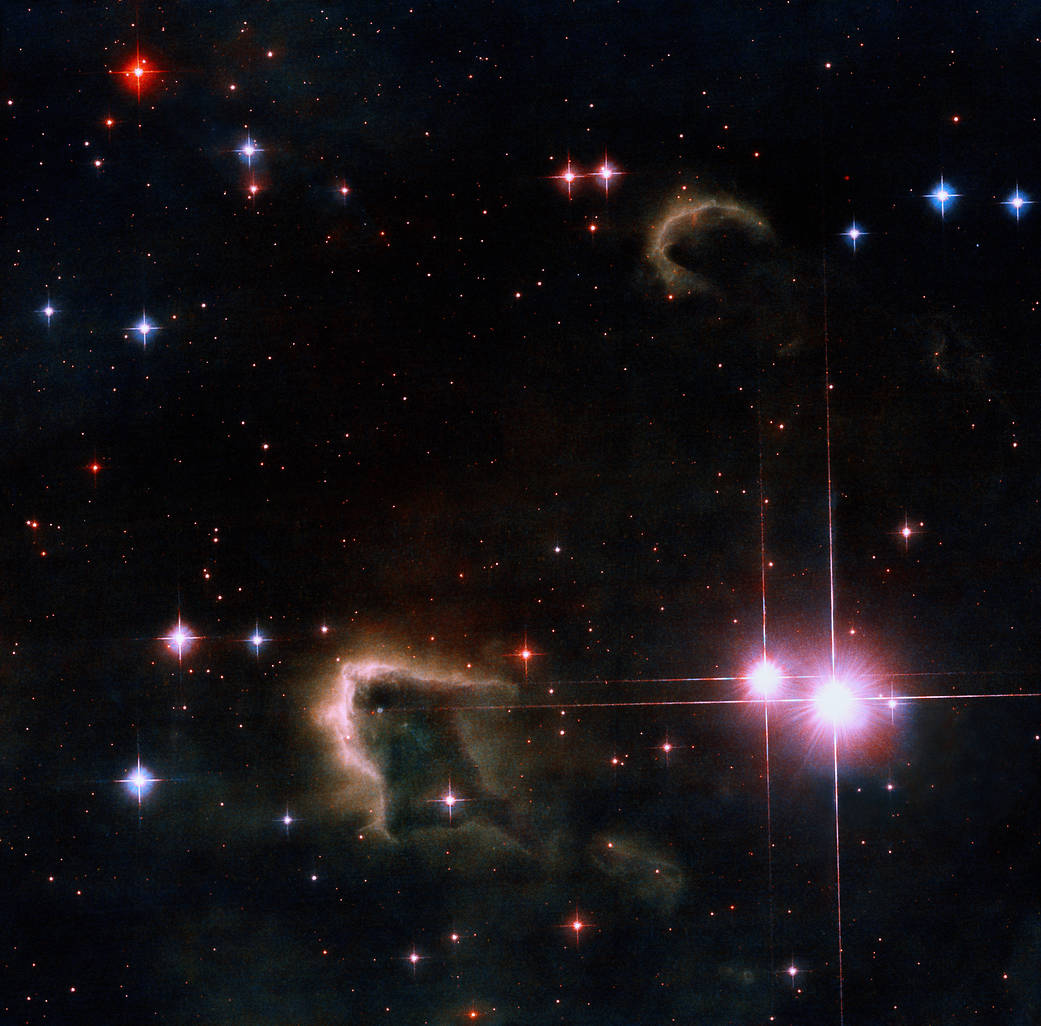 This image shows knots of cold, dense interstellar gas where new stars are forming. These Free-floating Evaporating Gaseous Globules (frEGGs) were first seen in Hubble’s famous 1995 image of the Eagle Nebula. Because these lumps of gas are dark, they are rarely seen by telescopes. They can be observed when the newly forming stars ignite, their intense ultraviolet radiation eroding the surrounding gas away and letting the denser, more resistant frEGGs remain. These frEGGs are located in the Northern Coalsack Nebula in the direction of Cygnus, the Swan.

This Hubble image also features two giant stars. The left star is a rare, giant O-type star, very bright, blue-white stars known to be the hottest in the universe. These massive stars are 10,000 to a million times the brightness of the Sun and burn themselves out quickly, in a few million years. The right star is an even more massive supergiant B-type star. Supergiant stars also burn through their fuel quickly, anywhere between a few hundred thousand years to tens of millions of years, and die in titanic supernova explosions.