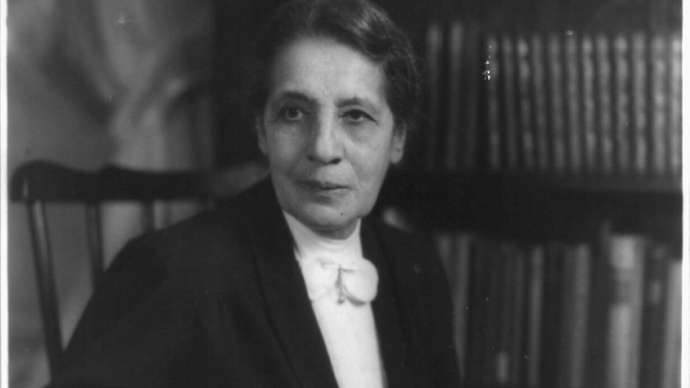 On This Day 1968, Lise Meitner, born November 7, 1878, Vienna, Austria-Hungary [now in Austria] died.
Austrian-born physicist who shared the Enrico Fermi Award (1966) with the chemists Otto Hahn and Fritz Strassmann for their joint research that led to the discovery of uranium fission.

After receiving her doctorate at the University of Vienna (1906), Meitner attended Max Planck’s lectures at Berlin in 1907 and joined Hahn in research on radioactivity. During three decades of association, she and Hahn were among the first to isolate the isotope protactinium–231 (which they named), studied nuclear isomerism and beta decay, and in the 1930s (along with Strassmann) investigated the products of neutron bombardment of uranium. Because she was Jewish, she left Nazi Germany in the summer of 1938 to settle in Sweden.

After Hahn and Strassmann had demonstrated that barium appears in neutron-bombarded uranium, Meitner, with her nephew Otto Frisch, elucidated the physical characteristics of this division and in January 1939 proposed the term fission (which Frisch elicited from American biophysicist William Arnold) for the process. In 1944 Hahn received the Nobel Prize for Chemistry for discovering nuclear fission, though some have argued that Meitner merited a share of the award. During this time she was invited to work on the Manhattan Project (1942–45) in the United States. Meitner opposed the atomic bomb, however, and she rejected the offer.

She retired to England in 1960. Eight years later she died, and her tombstone bears the inscription “A physicist who never lost her humanity.” The chemical element meitnerium was later named in her honour.

Photos and info via Brittanica

One thought on “OTD”