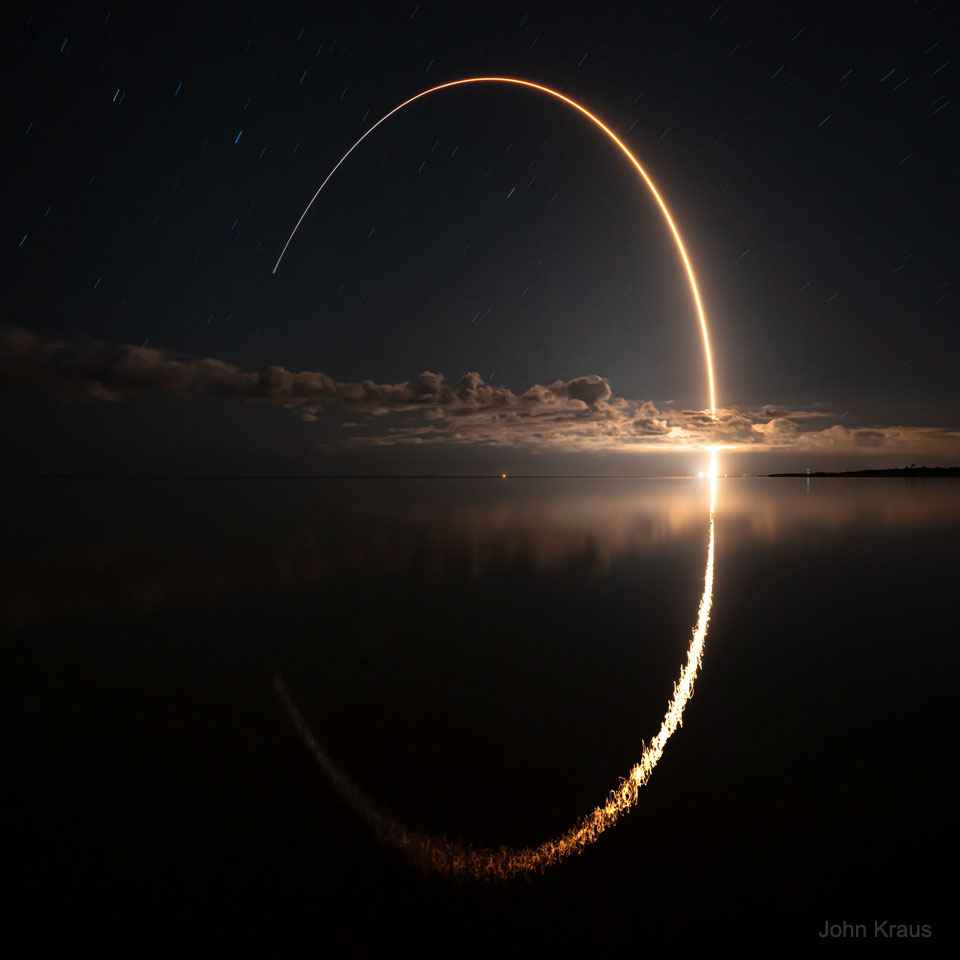 Why would this mission go out as far as Jupiter — but then not visit Jupiter? Lucy’s plan is to follow different leads about the origin of our Solar System than can be found at Jupiter — where Juno now orbits. Jupiter is such a massive planet that its gravity captures numerous asteroids that orbit the Sun ahead of it — and behind. These trojan asteroids formed all over our Solar System and some may have been trapped there for billions of years. Flying by these trojan asteroids enables studying them as fossils that likely hold unique clues about our early Solar System. Lucy, named after a famous fossil skeleton which was named after a famous song, is scheduled to visit eight asteroids from 2025 to 2033. Pictured, Lucy‘s launch was captured with reflection last week aboard a powerful Atlas V rocket from Cape Canaveral, Florida, USA.