In Orbit Around a Red Dwarf Star 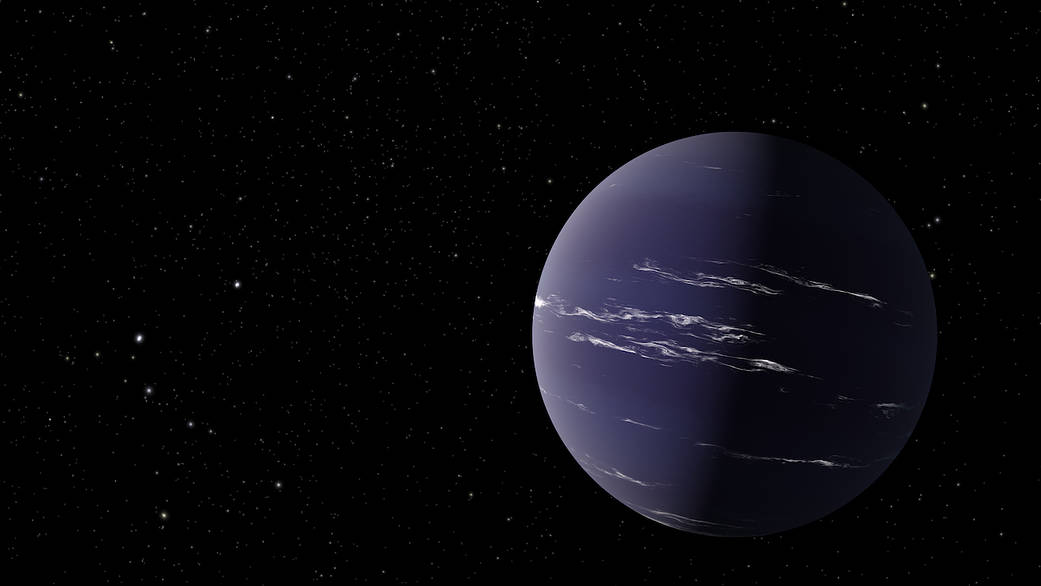 Planet TOI-1231 b orbits a red dwarf star some 90 light-years away from Earth and is oddly reminiscent of our own Neptune ­– that is, a gaseous world with a potentially rich atmosphere, ripe for study. The planet is more than 3 ½ times as big around as Earth and warm by Earthly standards at 134 degrees Fahrenheit (57 Celsius). But astronomers say it is one of the “coolest,” comparatively small planets known to date, and in a prime position for the components of its atmosphere to be teased apart by space telescopes.

Red dwarf stars are smaller but longer lived than our own Sun – with a year, once around the star, that is 24 days long. But the planet stays relatively cool despite its close orbit because its star also is on the cooler side. Though not habitable due to its size, the planet could offer scientists one of their first chances to capture a “bar-code” type reading of the atmosphere of a temperate, Neptune-sized exoplanet – a planet orbiting another star. This will allow comparisons with similar worlds elsewhere in the galaxy, bringing potentially deep insights into the composition and formation of exoplanets and planetary systems, including our own.