‘Black dwarf supernova’: Physicist calculates when the last supernova ever will happen 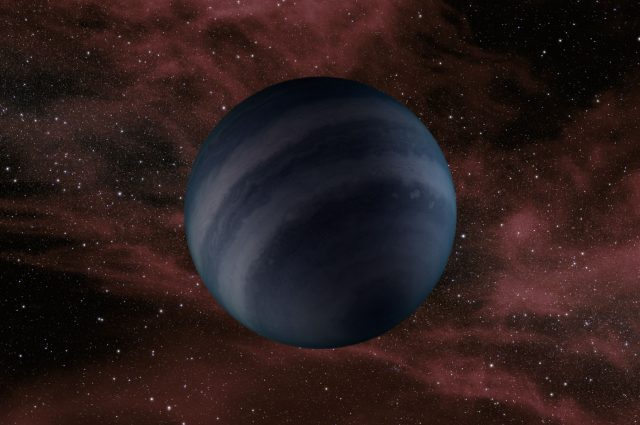 The end of the universe as we know it will not come with a bang. Most stars will very, very slowly fizzle as their temperatures fade to zero.

“It will be a bit of a sad, lonely, cold place,” said theoretical physicist Matt Caplan, who added no one will be around to witness this long farewell happening in the far far future. Most believe all will be dark as the universe comes to an end. “It’s known as ‘heat death,’ where the universe will be mostly black holes and burned-out stars,” said Caplan, who imagined a slightly different picture when he calculated how some of these dead stars might change over the eons.

Punctuating the darkness could be silent fireworks — explosions of the remnants of stars that were never supposed to explode. New theoretical work by Caplan, an assistant professor of physics at Illinois State University, finds that many white dwarfs may explode in supernova in the distant far future, long after everything else in the universe has died and gone quiet.

In the universe now, the dramatic death of massive stars in supernova explosions comes when internal nuclear reactions produce iron in the core. Iron cannot be burnt by stars — it accumulates like a poison, triggering the star’s collapse creating a supernova. But smaller stars tend to die with a bit more dignity, shrinking and becoming white dwarfs at the end of their lives.

“Stars less than about 10 times the mass of the sun do not have the gravity or density to produce iron in their cores the way massive stars do, so they can’t explode in a supernova right now,” said Caplan. “As white dwarfs cool down over the next few trillion years, they’ll grow dimmer, eventually freeze solid, and become ‘black dwarf’ stars that no longer shine.” Like white dwarfs today, they’ll be made mostly of light elements like carbon and oxygen and will be the size of the Earth but contain about as much mass as the sun, their insides squeezed to densities millions of times greater than anything on Earth.

But just because they’re cold doesn’t mean nuclear reactions stop. “Stars shine because of thermonuclear fusion — they’re hot enough to smash small nuclei together to make larger nuclei, which releases energy. White dwarfs are ash, they’re burnt out, but fusion reactions can still happen because of quantum tunneling, only much slower, Caplan said. “Fusion happens, even at zero temperature, it just takes a really long time.” He noted this is the key for turning black dwarfs into iron and triggering a supernova.

Caplan’s new work, accepted for publication by Monthly Notices of the Royal Astronomical Society, calculates how long these nuclear reactions take to produce iron, and how much iron black dwarfs of different sizes need to explode. He calls his theoretical explosions “black dwarf supernova” and calculates that the first one will occur in about 10 to the 1100th years. “In years, it’s like saying the word ‘trillion’ almost a hundred times. If you wrote it out, it would take up most of a page. It’s mindbogglingly far in the future.”

Of course, not all black dwarfs will explode. “Only the most massive black dwarfs, about 1.2 to 1.4 times the mass of the sun, will blow.” Still, that means as many as 1 percent of all stars that exist today, about a billion trillion stars, can expect to die this way. As for the rest, they’ll remain black dwarfs. “Even with very slow nuclear reactions, our sun still doesn’t have enough mass to ever explode in a supernova, even in the far far future. You could turn the whole sun to iron and it still wouldn’t pop.”

Caplan calculates that the most massive black dwarfs will explode first, followed by progressively less massive stars, until there are no more left to go off after about 1032000 years. At that point, the universe may truly be dead and silent. “It’s hard to imagine anything coming after that, black dwarf supernova might be the last interesting thing to happen in the universe. They may be the last supernova ever.” By the time the first black dwarfs explode, the universe will already be unrecognizable. “Galaxies will have dispersed, black holes will have evaporated, and the expansion of the universe will have pulled all remaining objects so far apart that none will ever see any of the others explode.It won’t even be physically possible for light to travel that far.”

Even though he’ll never see one, Caplan remains unbothered. “I became a physicist for one reason. I wanted to think about the big questions- why is the universe here, and how will it end?” When asked what big question comes next, Caplan says, “Maybe we’ll try simulating some black dwarf supernova. If we can’t see them in the sky then at least we can see them on a computer.”

One thought on “‘Black dwarf supernova’: Physicist calculates when the last supernova ever will happen”