Vapers show chemical changes in their genome linked to cancer 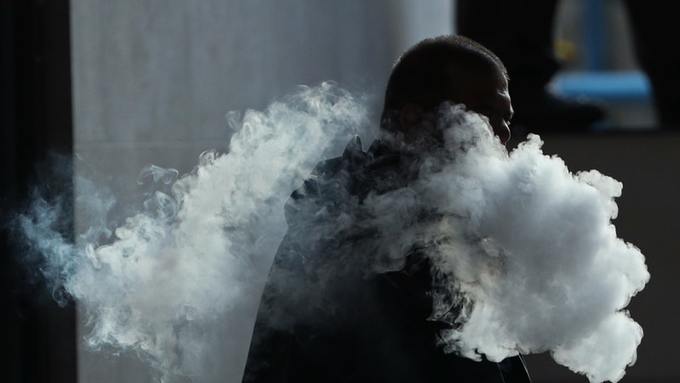 Biologically important changes in DNA seen in smokers are also being found in people who vape, according to a new study published in the journal Epigenetics.

A team of scientists at the Keck School of Medicine of USC have found people who vape exhibit similar chemical modifications in their overall genome and in parts of their DNA as people who smoke cigarettes.

These specific chemical alterations, also known as epigenetic changes, can cause genes to malfunction — and are commonly found in nearly all types of human cancer as well as other serious diseases.

The findings add to a growing list of health concerns associated with vaping, which is perceived by many as a safer alternative to smoking. E-cigarette use has soared among youth, with more than 25 percent of high school students now using the products, according to the CDC.

The new study, led by Ahmad Besaratinia, PhD, associate professor at the Keck School of Medicine of USC, examined a group of people matched for age, gender and race, divided equally into three categories: vapers only, smokers only and a control group of people who neither vaped nor smoked.

Blood was drawn from each of the participants and tested for changes in levels of two specific chemical tags attached to DNA that are known to impact gene activity and/or function. These chemical tags include: (1) methyl groups in a specific DNA sequence, named Long Interspersed Nucleotide Element 1 (LINE-1); and (2) hydroxymethyl groups in the genome overall. Changes in the levels of these chemical tags, which are important for genomic stability and regulation of gene expression, occur in various stages of development, as well as in diseases such as cancer.

Of the 45 study participants, vapers and smokers both showed significant reduction in the levels of both chemical tags compared to the control group. This is the first study to show that vapers, like smokers, have these biologically important changes detectable in their blood cells.

“That doesn’t mean that these people are going to develop cancer,” said Besaratinia. “But what we are seeing is that the same changes in chemical tags detectable in tumors from cancer patients are also found in people who vape or smoke, presumably due to exposure to cancer-causing chemicals present in cigarette smoke and, generally at much lower levels, in electronic cigarettes’ vapor.”

“Our new study adds an important piece to that puzzle by demonstrating that epigenetic mechanisms, specifically changes in chemical tags attached to the DNA, may contribute to the abnormal expression of genes in vapers and smokers alike,” said Besaratinia.

He and his team plan to continue their research. The next step is to look at the whole genome and identify all the genes targeted by these two chemical changes in vapers versus smokers.

“Considering the established role many genes play in human diseases, this investigation should provide invaluable information, which may have immediate public health and policy implications, said Besaratinia. “The epidemic of teen vaping and the recent outbreak of vaping-related severe lung injury and deaths in the U.S. underscore the importance of generating scientific evidence on which future regulations for electronic cigarette manufacturing, marketing, and distribution can be based.”