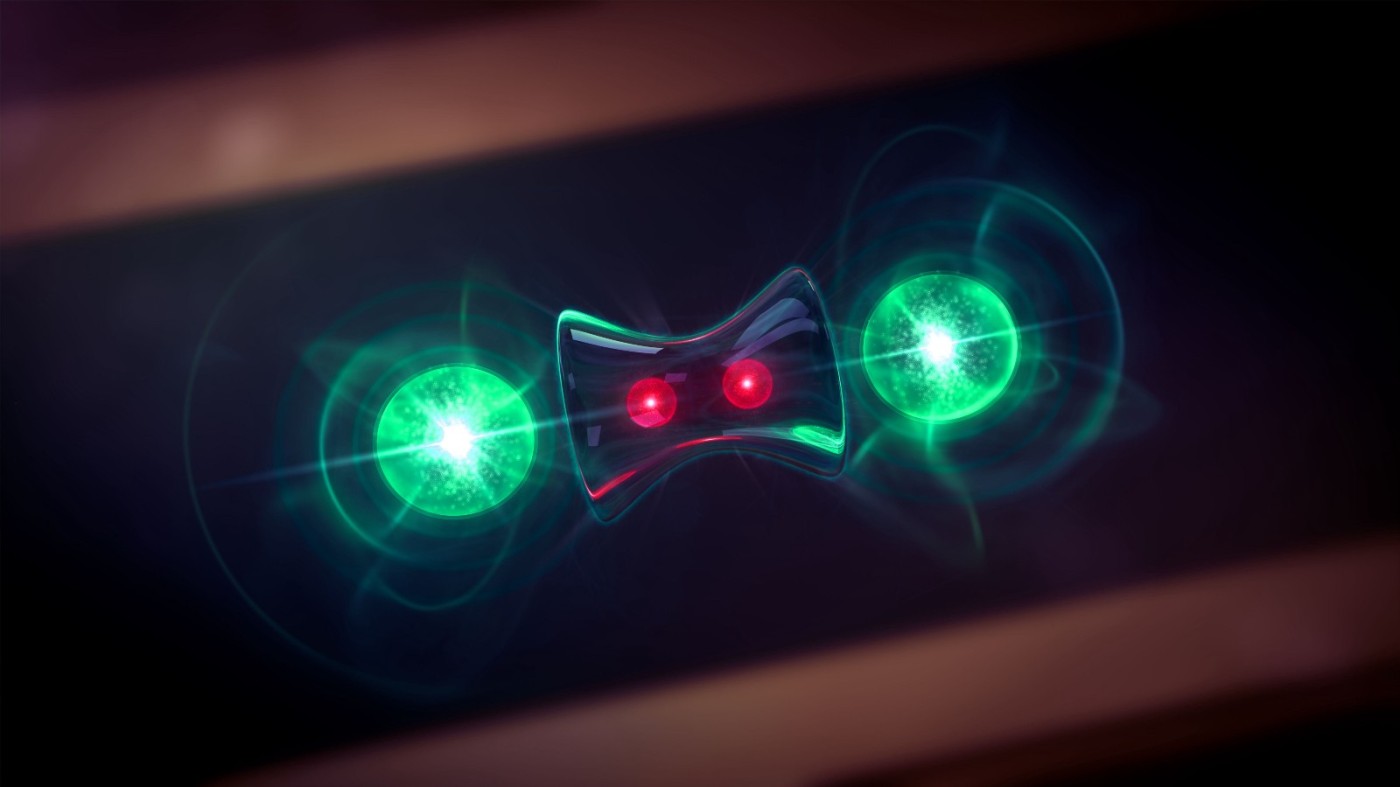 In a new study, U.S. and Austrian physicists have observed quantum entanglement among “billions of billions” of flowing electrons in a quantum critical material.

The research, which appears this week in Science, examined the electronic and magnetic behavior of a “strange metal” compound of ytterbium, rhodium and silicon as it both neared and passed through a critical transition at the boundary between two well-studied quantum phases.

Si, a theoretical physicist and director of the Rice Center for Quantum Materials (RCQM), has spent more than two decades studying what happens when materials like strange metals and high-temperature superconductors change quantum phases. Better understanding such materials could open the door to new technologies in computing, communications and more.

The international team overcame several challenges to get the result. TU Wien researchers developed a highly complex materials synthesis technique to produce ultrapure films containing one part ytterbium for every two parts rhodium and silicon (YbRh2Si2). At absolute zero temperature, the material undergoes a transition from one quantum phase that forms a magnetic order to another that does not.

At Rice, study co-lead author Xinwei Li, then a graduate student in the lab of co-author and RCQM member Junichiro Kono, performed terahertz spectroscopy experiments on the films at temperatures as low as 1.4 Kelvin. The terahertz measurements revealed the optical conductivity of the YbRh2Si2 films as they were cooled to a quantum critical point that marked the transition from one quantum phase to another.

“With strange metals, there is an unusual connection between electrical resistance and temperature,” said corresponding author Silke Bühler-Paschen of TU Wien’s Institute for Solid State Physics. “In contrast to simple metals such as copper or gold, this does not seem to be due to the thermal movement of the atoms, but to quantum fluctuations at the absolute zero temperature.”

To measure optical conductivity, Li shined coherent electromagnetic radiation in the terahertz frequency range on top of the films and analyzed the amount of terahertz rays that passed through as a function of frequency and temperature. The experiments revealed “frequency over temperature scaling,” a telltale sign of quantum criticality, the authors said.

Kono, an engineer and physicist in Rice’s Brown School of Engineering, said the measurements were painstaking for Li, who’s now a postdoctoral researcher at the California Institute of Technology. For example, only a fraction of the terahertz radiation shined onto the sample passed through to the detector, and the important measurement was how much that fraction rose or fell at different temperatures.

“Less than 0.1% of the total terahertz radiation was transmitted, and the signal, which was the variation of conductivity as a function of frequency, was a further few percent of that,” Kono said. “It took many hours to take reliable data at each temperature to average over many, many measurements, and it was necessary to take data at many, many temperatures to prove the existence of scaling.

“Xinwei was very, very patient and persistent,” Kono said. “In addition, he carefully processed the huge amounts of data he collected to unfold the scaling law, which was really fascinating to me.”

Making the films was even more challenging. To grow them thin enough to pass terahertz rays, the TU Wien team developed a unique molecular beam epitaxy system and an elaborate growth procedure. Ytterbium, rhodium and silicon were simultaneously evaporated from separate sources in the exact 1-2-2 ratio. Because of the high energy needed to evaporate rhodium and silicon, the system required a custom-made ultrahigh vacuum chamber with two electron-beam evaporators.

“Our wild card was finding the perfect substrate: germanium,” said TU Wien graduate student Lukas Prochaska, a study co-lead author. The germanium was transparent to terahertz, and had “certain atomic distances (that were) practically identical to those between the ytterbium atoms in YbRh2Si2, which explains the excellent quality of the films,” he said.

“At a magnetic quantum critical point, conventional wisdom dictates that only the spin sector will be critical,” he said. “But if the charge and spin sectors are quantum-entangled, the charge sector will end up being critical as well.”

At the time, the technology was not available to test the hypothesis, but by 2016, the situation had changed. TU Wien could grow the films, Rice had recently installed a powerful microscope that could scan them for defects, and Kono had the terahertz spectrometer to measure optical conductivity. During Bühler-Paschen’s sabbatical visit to Rice that year, she, Si, Kono and Rice microscopy expert Emilie Ringe received support to pursue the project via an Interdisciplinary Excellence Award from Rice’s newly established Creative Ventures program.

“Conceptually, it was really a dream experiment,” Si said. “Probe the charge sector at the magnetic quantum critical point to see whether it’s critical, whether it has dynamical scaling. If you don’t see anything that’s collective, that’s scaling, the critical point has to belong to some textbook type of description. But, if you see something singular, which in fact we did, then it is very direct and new evidence for the quantum entanglement nature of quantum criticality.”

Si said all the efforts that went into the study were well worth it, because the findings have far-reaching implications.

“Quantum entanglement is the basis for storage and processing of quantum information,” Si said. “At the same time, quantum criticality is believed to drive high-temperature superconductivity. So our findings suggest that the same underlying physics — quantum criticality — can lead to a platform for both quantum information and high-temperature superconductivity. When one contemplates that possibility, one cannot help but marvel at the wonder of nature.”