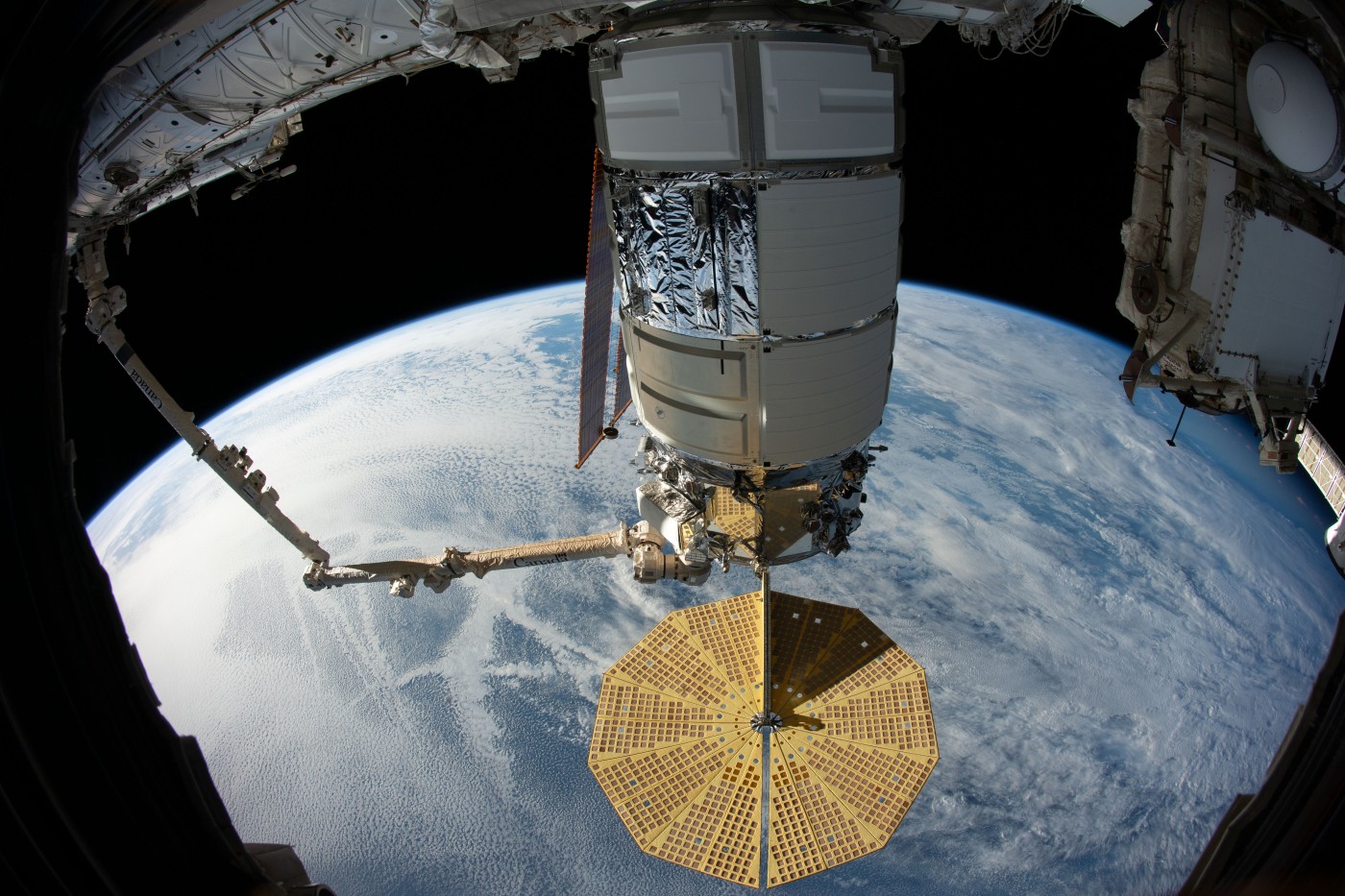 Station Commander ​​Luca Parmitano of the European Space Agency conducts repairs while attached to the space station’s robotic arm during the first spacewalk to repair the Alpha Magnetic Spectrometer on Nov. 15, 2019. He and ​NASA astronaut Andrew Morgan (out of frame) worked for more than six hours outside the International Space Station and successfully positioned materials, removed a debris cover on the AMS and installed handrails in preparation for the subsequent spacewalks.

The duo also completed a number of get-ahead tasks originally planned for the second spacewalk, including the removal of the vertical support beam cover for the area that houses the eight stainless steel tubes that will be cut and spliced together on the upcoming spacewalks.

This spacewalk clears the way for Parmitano and Morgan’s next spacewalk in the repair series.