Female space pioneer and member of the Mercury 13, Jerrie Cobb has died at 88 years old 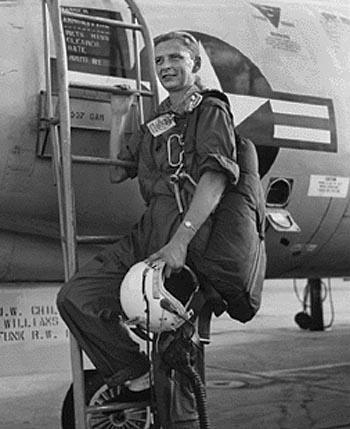 Geraldyn “Jerrie” Cobb, the first woman to pass NASA’s astronaut training, has died. She was 88.

Cobb, a pioneering female pilot, was a member of the Mercury 13, a group of women who were able to complete in the early 1960s the same, physically demanding astronaut training as male candidates.

NASA squashed the program before any of these women could fly in space, but Cobb remained a steadfast advocate for women pilots throughout her lifetime — even taking on revered Mercury 7 astronaut John Glenn in Congress to fight for a woman’s right to be an astronaut.

When that didn’t work, she changed course, spending much of her life as a missionary pilot in the Amazon jungle, delivering medicine, food and clothing to extremely isolated regions. This work earned her a Nobel Peace Prize nomination in 1981.

She died on March 18 in Florida, according to a statement from her family. The Associated Press reported that she died after a brief illness.